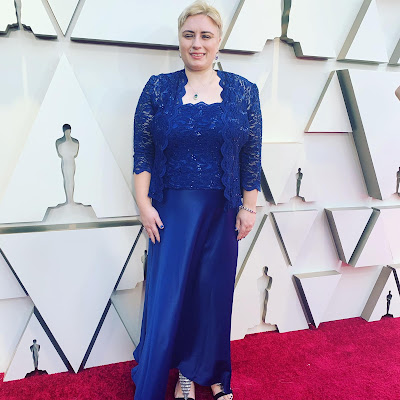 What do you do and why do you do it?
I am a human being, a single mother, a writer and an entertainment journalist and publicist. I am also a model, actress and pageant queen! I do what I do because I love entertainment, the hustle and mostly life. I have interviewed actors, directors, musicians from all walks of life. I currently did an interview with Eugenio Derbez for "Dora and the Lost City" film. I have also represented films, actors and musicians as a publicist, such as Yelyna De Leon, Kade Wise, Chelsea Rendon and others. I also attended and covered the 2019 Oscars for the first time in FF2 Media's history. I write for FF2 Media, Lawndale News, Cultured Focus Magazine and Montana Press. I also have my own entertainment blog, which won a national award at the 2019 NFPW Awards ceremony - Nikoleta Morales Says. I work as a PR Associate for the Purple Group representing clients, such as ComEd, Erie Family Health Centers, and others. I am currently representing a film called "The Shepherd" as their publicist, which will appear in festivals across Europe. In the past I have represented films, such as "Murder in the Woods" and "Cuernavaca" as a publicist. I am also a reality show contestant on the Amazon Prime Video series "Radical Body Transformation" Season 3. My hobbies are acting, modeling, fitness, as well as traveling. I won the title Miss Infinity Chicago 2019 for the Faces of Global Change competition run by Miss Infinity International. I try to be involved as much as I can in the things I love. I am also a Treasurer Board Member for the IWPA (Illinois Woman's Press Association) and a member of the CJA (Chicago Journalist Association). And I have an 8-year-old daughter!


How does what you do benefit others?
I hope that it inspires them to be who they are and not afraid to stand up for what they believe in, do what they love and push the status quo as I do. I heard from others and especially other women that I make them feel inspired because I am a strong warrior woman who stops at nothing and fights for everything I believe in!


Describe your career journey and how it led you to where you are now.
It all started when I left Bulgaria at the age of 15 all by myself. I went to study at a boarding school in Fryeburg, Maine. When I graduated I was still lost about who I was and what I exactly wanted to do in life and that lead me to the path of change - all-female Wilson College in Pennsylvania with a major in Pre-Med. I had to retract and find myself back in Bulgaria at the American University in Bulgaria where I studied Journalism and graduated with a BA in Journalism. I fell in love with journalism and I knew that's what I wanted to do for the rest of my life. I did a summer of investigative journalism at Noseweek in South Africa and a semester abroad in Sweden as a journalism student. I pursued my MS in Journalism at Roosevelt University here in Chicago where I did an internship as a photojournalist at the Daily Herald. I also worked as a Photo Editor for the Torch. But I was still finding myself and my passion in the journalism field. In 2012 I got the opportunity to become the Managing Editor for Extra Newspaper, which unfortunately closed down after 30 years in 2015. This is where I found my love for entertainment journalism and continue to pursue it as freelancer up till today. I created my own entertainment blog, I networked, I took part in different journalism organizations and I kept building my name and brand. This year is the highlight of my entertainment career as I got to cover the Oscars 2019 for the first time, among other great opportunities! 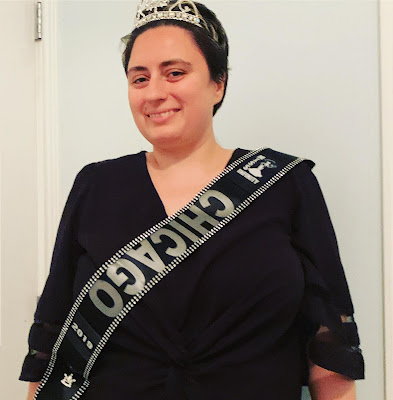 What are your goals?
Since I have a lot of experience in print and digital journalism I would love to move on to broadcast and TV. I always wanted to have my own talk show and be a host like Ellen or Oprah. I hope it will happen in the future if I work hard enough!
What are your inspirations?
My inspirations are women that are strong, survivors and who fight for what they believe in day in and day out and do not give up! I admire mothers, career women, survivors, anyone who keeps fighting and doesn't give up! I look up to Ellen, Oprah, Jennifer Lopez and everyday women that I am friends with!


If you could have one superpower to help you further your purpose, what would it be and why? How would you use it?


I have a lot of superpowers right now (haha) but I would definitely like to have the superpower of time travel. That would be so cool - I would be able to go back and forgive, hug myself for the mistakes I have made in the past and go to the future and get some inspiration for the present and avoid things/people that are not good for me! Only if we could time travel, right? Then life won’t be what we know it today (haha).
You can follow her on Instagram, Facebook, LinkedIn and Twitter.